Visit a Transylvanian town in Romania

A fascinating tour for school students to Sibiu, a Transylvanian town in Romania

The name Transylvania probably sends shudders down many a spine, what with the region being associated with the legend of the blood-sucking Count Dracula, his eerie castle and vampires. But fear not, this is not going to be a haunting session. If you ever believed that Transylvania was a fictional place, just like the legendary character, then you are gravely mistaken. Transylvania is a region in the country of Romania and a little town there – Sibiu, is a cosy little place with a fascinating history beyond its stories. Join us on this session as our native host takes us around this town and shows us the significant places of interest, without scaring us in the least!

Sibiu’s history dates 800 years back, when Saxon colonies from Germany were brought by Hungarian kings of the 12th century, to defend the region from the attacks of the Tartars, Mongols and later the Ottoman Turks. So even though Sibiu is in Romania, it has a major Saxon influence. The town is a former medieval trade centre, and was a fortified city. Sibiu has been home to many cultures such as the Saxons, Austrians, Hungarians, Greeks, Romans and even gypsy people. The people have also lived in tolerance of different beliefs like Catholicism, Orthodox Christians, Jewish and Protestants. Though the communist regime at the end of those historical 800 years resulted in many ethnic groups simply vanishing, every building that still stands is proof of the multi-cultural impact over centuries.

Our tour begins at the Little Square which used to be the place where tradesmen, merchants, artisans and guildsmen would gather. We then pass through the Second Square, walking along the famed Bridge of Lies and learning about Journeymen and their unique way of life. Finally, at the Big Square, you’ll find all the important buildings of the city like the Town Hall and the erstwhile Palace of the Governor which has now been converted to an Art Gallery. Watch out for the ‘eyes’ that will be watching you at most of these squares. And if you do want your share of horror, do ask about Count Dracula and our presenter will be glad to indulge you with a few stories.

This session is perfect for students as the host makes sure to include interesting facts and details about the city that will certainly keep them spell bound. 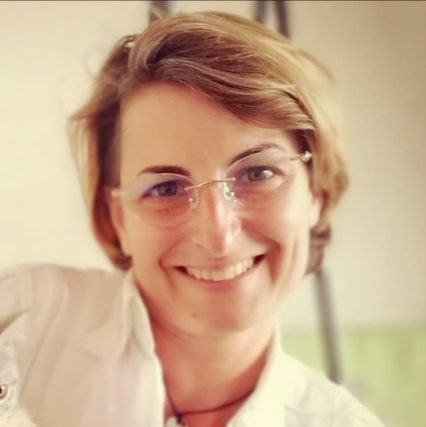 Adela is a tour guide in Sibiu, Romania (in the famous region of Transylvania). During the virtual experience in Sibiu she'll take us for a walk through its main squares, talk about its eight centuries of multicultural life and its amazing patrimony. She lets us explore the little, cosy corners of the old town, interspersed with its interesting stories and fun legends.

Sibiu was European Capital of Culture in 2007, Region of Gastronomy in 2019 and, next year, it will be a hiking and trekking destination. Recently, it has been nominated as one of the safest places to visit in Europe...So, there are reasons enough to make you curious! Adela invites you to join her in discovering together a surprising medieval town in the heart of Transylvania!

This session accommodates up to 50 students at a time. Once you book this experience, we will send you a confirmation email with a link to join the session.  Children and teachers can log in from their individual classes or congregate in one single class/hall and access the tour via the link provided.