School tour of Ribe, an ancient town in Denmark

Ribe is the oldest town in Denmark with archaeological finds dating back as early as the 8th century. It lies on the Western Coast of the country, merely 30 miles from the German border. Named after the Ribe River that flows through the town, it is mostly flatland area. Join us for an exciting session of walking around Ribe as our professional host, a former college professor, weaves tales of Danish folklore into a live interactive tour of this lovely town.

Our tour starts at the river and the Storm Surge Tower. The Wadden Sea towards the north of Ribe has tremendous tidal differences, as much as 3m during a day. When storms hit, the waters go 6-7m higher than the daily tide, wreaking havoc on the town. The Storm Surge Tower stands tall to remind people of how high the waters reached each year there was a terrible storm. More recently though, in 1995, dikes were built along the river which reduced the impact of the storms.

Ribe is a town from the Middle Ages, and became very important during the period due to its strategic location along the coast. But in 1580, a large fire swept across the city, leaving few buildings standing from the 16th century. As we walk through the slips or alleyways, we can see the architecture from the Medieval ages, with the beautiful half-timbered style of buildings and gable houses with tiny fronts and long interiors.

If you thought a tour of a Danish city would be incomplete without a mention of the Vikings, then you’ll be glad that the presenter has many a Viking tale to share from the country’s rich history. Interestingly, if you’ve ever been to York, you’ll find Ribe to be quite similar. It’s simply because the sea-faring Vikings were the ones to have discovered and established the city of York – they share a similar history from the Middle Ages. Our host will also indulge you in folklore about witches while bringing your attention to their insignia on various buildings across the town.

‘Hygge’ is a Danish cultural characteristic of bringing ‘cosiness’ into your lives. And Ribe is precisely that – all the ‘Hygge’ that you need to refresh your day. Take a tour with us to Denmark and school children will be hanging onto every story our presenter offers. 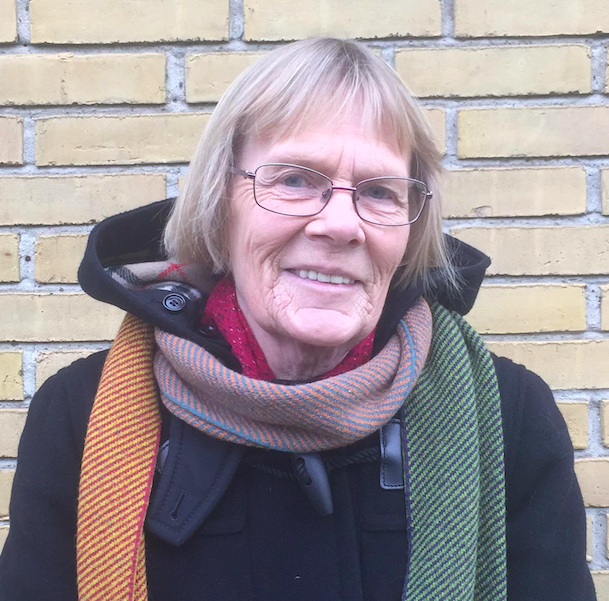 Anette has a Master's Degree in English and Scandinavian literature. After teaching at a college for more than 30 years and frequently travelling world-wide with students, friends and family, she took up professional guiding 6 years ago. Besides being a specialist in her native country, she also travels The British Isles, Jordan, Armenia and Georgia with groups.