A walk through Cape Town's oldest colonial structure and the famed City Hall where Nelson Mandela first addressed his people after being released in 1990.

Cape Town, the legislative capital of South Africa, and a city favoured by tourists all around the world, has fantastic mountain ranges, splendid seasides, proximity to unique wildlife sighting points along with a deep and turbulent history. During this session, children will be taken for a walk through the city, visiting the Castle of Good Hope – the oldest standing structure in South Africa since they were colonised in the 17th century, and the City Hall, famous as the venue of global statesman Nelson Mandela’s commemorative speech upon being released from prison.
As we enter the Castle of Good Hope, our native host gives us an insight into its origin and existence. In 1652, the Dutch settlers arrived at Table Bay to set up a base for their ships traversing between Europe and East Asia. When rumours of a war between Britain and Netherlands arose, the then Commander Zacharias Wagenaer ordered the replacement of an old clay fort into a stone pentagonal fortress, which was eventually completed in 1669. That war never occurred, although the British colonisers did arrive in the 19th century. When diamonds were discovered in the region, resulting in their victory in the Anglo-Boer War, the whole nation became a British colony. South Africa eventually became independent in 1910.
We walk through the Castle and hear stories of how prisoners, soldiers and slaves were involved in its construction, and how the Castle actually housed so many facilities, such as residential dwellings, a church, a bakery, shops, prison cells and workshops among others. You will also be met by magnificent views of the four main mountain peaks that decorate the city – Devil’s Peak, Table Mountains, Lion’s Head and Signal Hill.
Once outside the Castle, a short stroll across the street leads us to the famed City Hall. This honey-coloured building was recognized as the place where Madiba or Nelson Mandela, as he is fondly referred, gave his first address to his people, when he was released from prison on February 11th, 1990. A statue commemorating the great fighter stands tall in the very balcony from her spoke that day.
Students will enjoy this session, as our host takes them down the pages of Cape Town and South African history, while showing some of the most fascinating structures of the city. 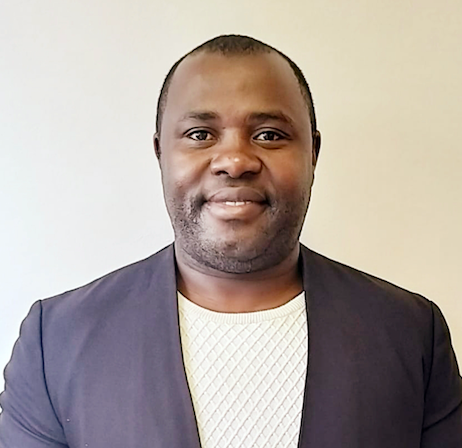 Joel Mombilo is a professional guide for cultural tours in Cape Town. Although he studied financial accounting at first, he soon found his passion in the tourism industry and pursued an education in travel and tourism. He has had the opportunity of working with various large tour operators, and says his travels through the different provinces of South Africa and its neighbouring countries, expanded his experience. Ever since, he has wanted to share his love for the city of Cape Town and the country as a whole, to global tourists. He has always been fascinated with the lovely rainbow nation's history, rich culture, diverse flora and fauna, and finds joy in spreading facts and stories about them with visitors from all over the world.