Shanghai is one of China’s most popular harbour cities, with a strategic location of being in the middle of the country’s East Coast and at the exit of the Yangtze River. It’s no wonder then, that the British felt it was the perfect place to settle for their trade relations with China.

Students will join us on this tour as we walk by the River Huangpu in Shanghai and see the sights along the Bund as well as stroll through Nanjing Road. The history of Shanghai also reflects the incredible growth of China through the ages. On this walking tour you will not only discover this thriving part of the city but also get to practise your Mandarin speaking skills

The Bund or 'Waitan' is a waterfront area that was built along the River Huangpu which eventually became the most famous place of Shanghai. The massive 18 buildings along the 1.5km stretch of the Bund and the area around, were mostly developed by the British. We start our walk from the southern part of the Bund and see the changes that the city has undergone in a span of more than 100 years in the 19h and early 20th centuries. Thankfully, WWII didn’t have a massive impact on these structures as they still stand strong by the river.

We walk along the broad footpath that serves as the Bund and arrive towards its centre marked by a large domed building and the Big Ben-inspired Clock Tower beside it. Interestingly, the domed building was the erstwhile home of the banking giant HSBC and the Clock Tower is still very much functional. It chimes every fifteen minutes to the tune of a regional song. Also look out for New York Wall Street’s iconic bull statue and find out what it’s doing across the world on Shanghai’s Bund. The skyline across the river is bound to fill you with awe. It belongs to the newer part of Shanghai built during the 1990s, known as Pudong and is yet another business area.

Soon, we step away from the Bund and onto Shanghai’s most busting and lively area – Nanjing Road, that offers nearly 2kms of pedestrianised area filled shops, restaurants, hotels, movies and everything you need for entertainment. Our presenter takes you through a few shops to see some of the local street food fare and the unique packed candies, chocolates, sauces and foods peculiar to the Chinese region.

On this interactive tour, students will have the opportunity to interact with locals and shopkeepers to practise their Mandarin speaking skills, under the supervision of our expert presenters. 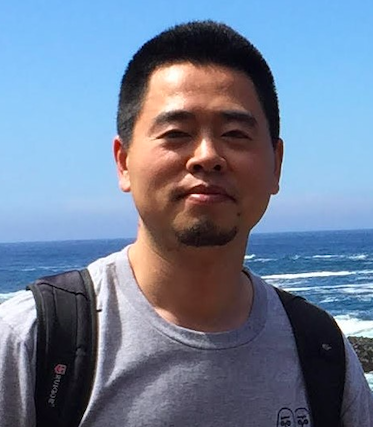 Ben  is a native of Shanghai and has  lived in the city for 40 years and has been witness to its sporadic rise  in the past few decades. As a qualified tour presenter, Ben knows the city like the back of his hand, as the adage goes. Ben is highly experienced in leading tours for International visitors, and is especially adept with imparting educational insights to students.