A special tour for school children to explore and be a part of the spirit and festivities of Christmas in Moscow.

Welcome to an exciting  zoom-based live tour for schools where children will be able to explore Moscow and experience its Christmas cheer, learn about the local culture, and be part of a very special event.

Russia is among the few countries in the world that celebrates this merry festival, a little later than the rest of the world, on 7th January. On this live tour children will get to see the magnificent city of Moscow lit up, nonetheless, in the best of sparkling Christmas decorations, in the month of December itself. Just like out other tours, a local expert takes us around the city to experience it in real time. Along with giving children the chance to explore the Russian capital, it allows them to foster a cultural connection with the country.

Although mass celebrations have been cancelled due to the pandemic (including their month-long festival ‘Journey into Christmas’ and the Ded Moroz or Santa Claus Parade), the city authorities have decided to spread cheer by encouraging people to take evening strolls and enjoy some of the most mesmerising lights, decorations and Christmas trees ever. Moscow city, usually sees a white snowy Christmas, with large Christmas markets and the Moskva Fair where you could buy Christmas decorations, Matryoshka dolls and other Russian souvenirs. With massive Christmas trees and nearly all the buildings outlined by beautiful decorative lights, the city of Moscow shouldn’t be missed by anyone who wants to see a Russian version of this global festival.

During the tour, our host takes us along some of Moscow’s most colourful and best decorated streets and lets us in on a few of the local traditions that are followed during Christmas. Enjoy the splendid decorations and twinkling lights as we walk past some of the city’s most important buildings.

That’s not all that makes this tour special. This is also an opportunity to bring two cultures together. In the run up to the tour, participating children will be provided with personalised Christmas tags on which they can write their name and personal message for people in Russia. We will send these to Moscow where Globe From Home’s local experts will adorn them on a Christmas tree in a public space, for people to see.  (The school will be sent pictures of the tree and the children’s messages in due course).

·       One hour, live, interactive session from Moscow which can be accessed from home or school.

·       Includes an exploration of Moscow and its Christmas decorations

·       Learn about the local culture and customs from the local expert.

·       Special Christmas tree in a public space which will display children’s Christmas wishes. 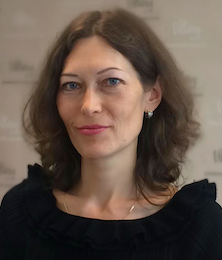 Minimum required number of students: 50. Maximum of 250 are permitted in one session. Once you book the tour, we will send you a Zoom link which can be used by every student. Please note that you do not have to download Zoom to access the session, and only need to follow the link on the date and time confirmed. You can access the session from your mobile, laptop or desktop. (Please note that in the spirit of Christmas we are making the tour accessible for the student's families who can enjoy the tour along with them, for no extra cost)