Ancient Rome: Once Upon A Time in Rome!

Take a trip back in time on a tour that will showcase the best of Rome's historical splendour.

Rome is a scintillating concoction of essences which is truly awe aspiring. On this fascinating virtual tour of this beautiful ancient city, children will learn about its history and discover hidden gems.

The tour begins with a peculiar view of two stone staircases – one leading to a Church and one to a Government building, representing the two major powers that existed after the fall of the Roman Empire. Each of these buildings had a prominent position upon hills so that people could see them from a distance. In the backdrop you will also see the Capitoline Hill or the centre of the state, as well as the Palatine Hill, where the city of Rome was founded on 21st April 753 BC.

Before we move to the very heart of ancient Rome, our host takes a moment to give us an insight into something closer to the commoners of those times – their dwellings. Just like today, your riches decided the kind of house you could afford. The wealthy had independent houses called domus or larger villas and the less fortunate lived in cramped ‘insulae’ similar to today’s apartment buildings. The ground floors were rented out to shops or tabernae and the remaining floors had apartments with many families crowding into one. Unlike today’s apartments, thought, the higher floors costed less, and the apartments on ground or first floors costed more. As you arrive at the only standing insula in the city of ancient Rome, keep your guesses ready as to why this was so!

Just like the streets of Rome that tell a story at every corner, our enthusiastic host also fills this session with many a tale from the pages of ancient Rome’s history. As she shows you around the Roman Forum and why this was one of the most bustling parts of the city, you would almost wonder if she had lived through that era! With numbered footsteps there’s so much in ancient Rome that you can see, including what the city claims to be the world’s very first ‘shopping mall’ of sorts, complete with 5 floors and 150 shops!

This virtual sessions will be perfect for school children since they are liable to learn and remember more about Roman history through this live-streamed virtual session rather than from any of their textbooks. 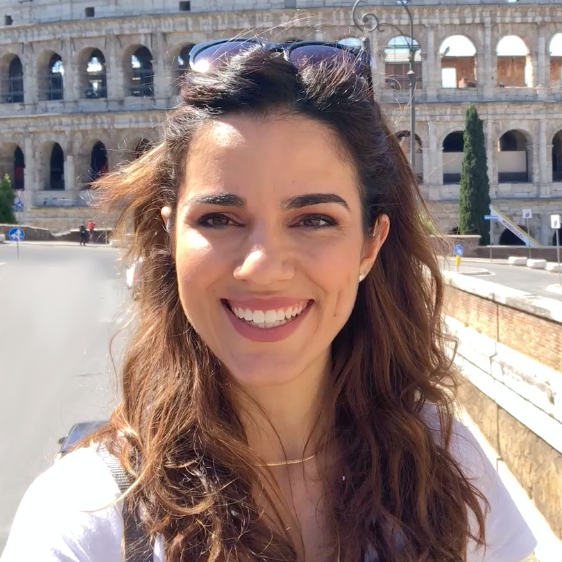 Federica was born and raised in Rome, and loves the city with a passion. A keen student of history, art history, archeology and Roman history Federica has been working in the travel industry guiding tours around Rome for the last eight years. She is a great storyteller who uses an approach free from academic frills that help travellers learn and enjoy Rome like never before.