Learn about the local life and culture of Egypt as we explore one of the capital city's best markets.

The Pyramids of Giza, the Sphinx, the river Nile – we’ve all read or heard (or even seen) about these landmarks in Egypt. But how much do we know about how the ancient commoner of Egypt lived and what were his trades? Take a walk with us into the famed Khan-El-Khalili market and let’s find out together.

This ancient bazaar, originally a caravanserai, was a part of one of the palaces that housed the royals of Cairo, which was a fortified city back in the 10th century, when it was built by the Fatimid dynasty. By the 12th century the wall was brought down, and Cairo slowly began expanding. Khan-El-Khalili grew as a place for all kinds of trade and commodity exchanges, with many merchants and artisans setting up shop in the district. Although several of them eventually moved out, the coppersmiths, goldsmiths and spice sellers are still known to be the best in the city, among its locals.

The area is filled with houses, mosques and other prominent trading complexes from the medieval ages. Here’s your chance to show off your Arabic skills by reading the signboards that state the name and year of establishment of each monument. As we walk along Muizz Street, you’re bound to see plenty of shops on either side selling souvenirs of Egypt, including statuettes of Egyptian cats, alabaster pyramids and shiny belly dancing costumes. The slender shiny hookahs, silver and gold-plated chandeliers, crescents and domes, and the antiques and jewellery shops are also hard to miss.

Khan-El-Khalili has a strong café culture where you can see men sipping their Arabic coffee while challenging each other to a game of backgammon. The aroma of fresh round loaves of bread will pull you towards bakeries that also offer bakes similar to baguettes and pretzels (the Egyptians say the French took them from here, but you probably wouldn’t want to argue with either!). You would also see falafels – the fried chickpea snack – a local favourite, liked by many a tourist.

With a heady mix of history and culture, and the vibrant colours of the bazaar, Khan-El-Khalili market is perfect for students. Join us for a walk back to the medieval ages while simultaneously enjoying the sights and sounds of the market today. 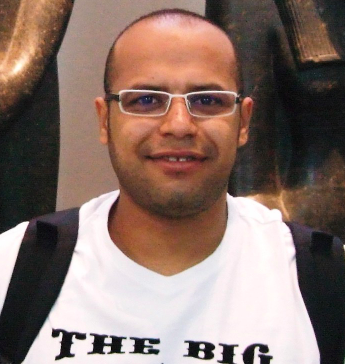 Arafa Omran is a certified Egyptologist who has been leading tours of ancient Egypt for over a decade. A much sought after expert on Egypt, Arafa has been shortlisted for several awards based on his knowledge and passion for the subject, and the way in which he engages visitors.

This tour has been designed specially for school children. This is a group tour that accommodates up to 25 children at a time. Once you book this experience, we will send you a confirmation email with a link to join the session. Children and teachers can log in from their individual classes or congregate in one single class/hall and access the tour via the link provided.